Walks with flair and style.

The City of London – a truly fascinating destination.

Let Six in The City take you there. 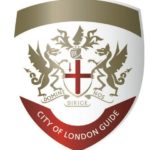 The City of London, or ‘The Square Mile’ as it’s more popularly known, is truly where London began.

Within its old Roman walls lies a treasure chest of history, characters, buildings ancient and modern, winding alleyways, strange customs, and weird ceremonies. There’s nowhere else quite like it.

Small but perfectly formed, you could easily walk from one side to the other in less than 30 minutes – but then, you would miss so much.

Let  SIX IN THE CITY walk with you.

Just bring your curiosity and we’ll bring our knowledge and enthusiasm, point out the best bits, tell the stories, and introduce you to the characters in a 2000 year old story that continues to unfold and is always enthralling.

Read out about the variety of the entertaining and informative walks that we offer. There’s something to suit everyone who has an interest in our historic City
Explore walks

Read about our team. We all share a genuine passion for walking in the City
Meet the guides

Walks are suspended while London is in Tier 4, but check out our website for vitual tours and enjoy the City from the comfort of

Read More »
All other news

Sign up to the Six in the City newsletter and stay up to date with news about our latest events and tours.
Sign up
In the press

'Slavery and the City' tour sheds light on London's dark past

A slavery tour of London: the guided walk laying bare atrocities of the past

The City starts to confront its role in the slave trade