The Magpie and Stump, 6 facts about the Horror Hanging Pub 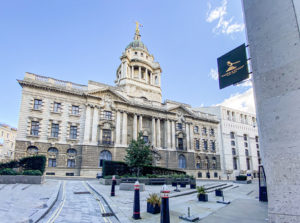 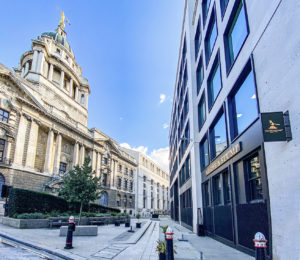 The Magpie and Stump, a London pub near the Old Bailey, is a fascinating stop on any walking tour, and especially when we hear about the story of the infamous Newgate prison which stood on the site of today’s Central Criminal Court until 1902. Look across the road though, and you’ll see a pub called The Magpie and Stump, which despite its sleek modern exterior today has been in existence on the same site for over 300 years and was a prime spot to view public hangings.

When public executions moved from Tyburn to the street outside Newgate Prison in 1783 – crowds thronged to watch. Hanging days became public holidays and many would gather in the street the night before the event, with every available building let to those who could afford to pay for a grandstand view.

That included the Magpie and Stump, whose first floor window boasted possibly the best view in the street. City bigwigs would hire the room with a view, carouse into the night and be served a ‘hanging breakfast’ in the morning to go with the main event.

The last man to be publicly hanged in front of the Old Bailey was Michael Barrett in 1868 for his part in the Clerkenwell Explosion by the Irish Republican Brotherhood, which killed 12 people and injured 120.

The clock strikes twelve – it is dark midnight –

Yet the Magpie and Stump is one blaze of light’

The Ingoldsby Legends, a book of poems and prose with macabre themes written in 1837 by clergyman Richard Harris Barham,  includes the tale of Lord Tomnoddy, who hires the whole first floor at great expense for himself and friends to view a hanging the following morning.

The parties are met; The tables are set……

And rummers and mugs,

…..And there is Sir Carnaby Jenks, of the Blues,

All come to see a man ‘die in his shoes!’

They carouse all night, get horribly drunk, fall into a stupor and are mortified when they wake to find they have entirely missed the ‘main event’:

What was to be done?–‘ twas perfectly plain

That they could not well hang the man over again….

So — my Lord Tomnoddy went home to bed!

It became a tradition on hanging days for the Magpie and Stump to deliver a ‘last pint’ of ale to the cells of the condemned.  Cheers!

In the 18th century the tavern was one of seven rowdy ‘mug houses’ in London; members had their own drinking vessels decorated with the face (mug) of King George which were used to toast the monarch, accompanied by singing, chanting, cheering and sometimes even street fighting gangs of local Jacobite supporters in their ‘passionate’ support of the Hanoverian regime.

Charles Dickens mentions the Magpie and Stump in his first novel, The Pickwick Papers; it’s the regular haunt of one the legal characters in the book, and referred to as a place where ‘choice spirits assembled’.

From the 1950s the pub was nicknamed ‘Courtroom No. 10’, a gathering place for detectives and reporters to eat, drink and discuss the trial of the day at the Old Bailey.

If you want to find out more about the notorious Newgate Prison, Hanging Days and the Magpie and Stump as well as rioters, religious houses, rebels and  body snatchers, head for the dark side of the city with Jane Copland.  Order and Disorder from Guildhall to Smithfield.  Click here to book.  Or next time you’re in London, check out the Magpie and Stump itself.