So what are the 6 Best Things to do in the City of London at Christmas?

Here are Six in the City’s 6 best Christmas recommendations. 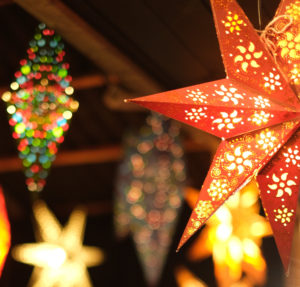 Top of anyone’s list of things to do in the City of London at Christmas is to see the Christmas lights and to do a spot of shopping.  Few places beat the atmosphere of the Victorian Leadenhall Market and the new Lord Mayor of London, Vincent Keaveny, will be switching on the lights on Friday 19th November.

One of the best times to get your Christmas sparkle is to visit on Wednesday  8th December when there will also be Christmas workshops, music and late night shopping. 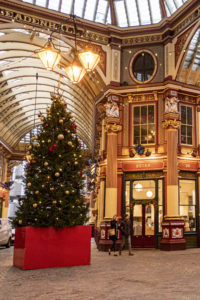 Leadenhall Market is a pinnacle of Victorian design and was created by Horace Jones, who is also responsible for designing Tower Bridge, and there is no better way to admire the gilded, decorative ironwork than under the glitter of Christmas lights.

2. Shop at the City Christmas Fair at Draper’s Hall

The City of London is holding a Christmas Fair in aid of Wellbeing in Women at Draper’s Hall on Monday 6th December 11am – 8pm and is the ideal place to indulge in some luxury shopping in one of the most magnificent livery halls in the City.  The Fair will be opened by the Lady Mayoress and there will be 50 stalls as well as a raffle and silent auction, all in aid of women’s health research. 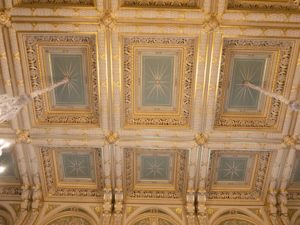 Draper’s Hall is the livery hall of the Worshipful Company of Drapers, one of the oldest livery companies in the City of London, and one of the ‘must see’ livery halls of the City, often doubling as Buckingham Palace in films.

Singing is good for the soul and what better place to celebrate Christmas than amongst the splendour of St Paul’s Cathedral?  As well as traditional carol services, including Britten’s Ceremony of Carols, or services supporting a charity, such as the MS Society or Blood Cancer UK, the Swedish Church will be holding its Sankta Lucia Carol Concert at St Paul’s on  Friday 10th December. 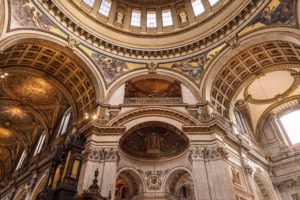 Much of the interior of St Paul’s is due to Victorian renovations and while purists may regret these alterations, the sparkling gold Quire mosaics of the Cathedral, created 1891 and 1904, should look wonderful in candlelight.

4. Victorian Santa’s Grotto at the Museum of London

Many of our Christmas traditions comes from the Victorians, so why not take the kids to visit a Victorian Santa’s Grotto at the Museum of London?  Santa will be there from 3rd of December and you will walk through the lovely Victorian Walk, lit up with festive lights, to find Santa in a secret grotto.

The Museum of London is a wonderful museum telling the rich history of London and so you could include a brief visit to the Roman or Medieval galleries with the kids before seeing Santa.

Speaking of Victorians, no-one does Christmas quite as well as Charles Dickens, so why not go on a Christmas walk exploring the sites in the City connected to Charles Dickens?  We know we’re biased but we think our “A Christmas Carol” walk is pretty good and we’ll show you Scrooge’s office, the pub where Pip first lodged when he arrived in London in Great Expectations and the sights and sounds of Victorian London. 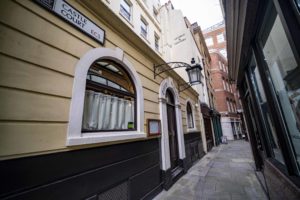 6. Christmas Market by the River Thames

Visit the Christmas market to be held in London Bridge City (the area between London Bridge and Tower Bridge) from 16 November to 2 January.    We know that technically this isn’t in the City, but you will have great views of the City of London under the stars, while sipping mulled wine, eating mince pies and picking up Christmas presents from the boutique market stalls. 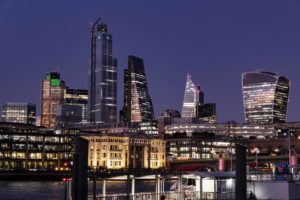 Christmas by the River 2021